I remember my first solo cross country flight on a Cessna 152 to Olivia, MN seven years ago. The take off was smooth, I handled all the ATC transitions smoothly, and I felt pretty invincible. My head was bigger than an air balloon.
Fifteen miles out, I tuned the comm for weather at Olivia and the automated observation reported a straight crosswind from the left at 7 knots (8 mph). Now, I had done 5 knots before at my home airport so I was pretty confident that I would be able to do this. What a fool I was because twenty minutes later, I was on my second go-around and I was sweating profusely. The runway at OVL was narrow and I was having a hard time keeping the airplane straight. I was going to call up Minneapolis approach asking for a different airport if I could not land the third time. Thank goodness I did not have to do that. My ego was bruised that morning but I learned some very important lessons.
It was only three days since this juvenile peregrine falcon started flying and I was amazed by the kind of aerial maneuvers that it had already been doing. Sure it crash-landed a few times and missed its landing spot a few more times but its flight was getting more steady each time around. I couldn't help but reminisce that day I landed at Olivia after going around twice. Hang in there, my little friend, you would be an amazing flyer one day, just like your mom and dad. 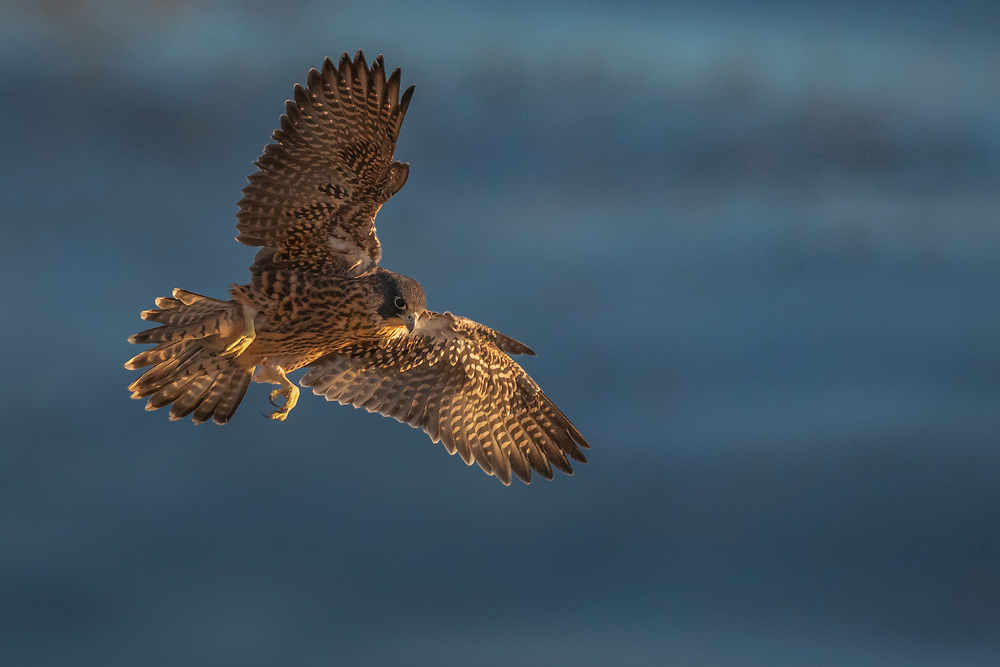